She needs to know it's not her fault

Trigger Warning - This is a true account of a disturbing experience. Please refer to The Aus Resources page for helplines within Australia or phone your local helplines if you need to speak to someone.

This morning, an old horrible memory bubbled up into my awareness. It was an uncomfortable one. One I used to feel ashamed of.... before I knew that sex could still be rape if you didn't want it and found it distressing; if you said you'd sleep with them but changed your mind; That even if you used to want sex from them while you were together, it doesn't mean you want it now that you aren't; And even if you shut down and lose your voice, that it still isn't something you asked for… because you didn't. You did not say yes, you were not into it and you didn't want it.

For eight years I told nobody. Ashamed and embarrassed about what happened. Sick with discomfort and self blame. Feeling like if I just stayed inside at home, if I didn't answer the door that I would've been okay. It might not have happened if I did this or that differently. I tried to wish away what happened and pretend it never happened.

I was grateful that the STI he gave me was curable. To think it could've been worse… He was my ex boyfriend. Someone I'd only been out with for a max of three months. He had a very sadistic side to him, his biggest role model a rapist/necrophiliac that he found great entertainment in. I guess you could say I should've known. Maybe deep down I knew. This bloke was never going to be a decent man and it was never going to work between us. He had no shame in eyeing off other women saying (in front of me) that he'd like to fuck them. He had no problem with hitting girls - he found it hilarious that he accidentally hit me in the face one night. I guess deep down I knew… He messaged me a break up text the same day I decided to end it. So I was relieved. He was clearly surprised by my indifference. A couple days later he texted and asked to come over. I said no. He came over anyway. He messaged me to say he was out the front and said he wanted to talk to me. It was late at night and I was in my pj's. Not wanting him to knock and wake the household, I answered the door and slipped outside so as to not let him in either. He tried to kiss me and apologize and take back the breakup, he asked me to walk up the street with him a little. I said okay…

Then he picked me up, yelled start the car to his mates and put me in the back. I laughed it off like a joke, but asked to be taken home. They didn't listen, instead dropping us at his house and saying see ya later. I told him he had to take me home and he said come in first for a while. Next thing I know he was lying on top of me. I wanted to go home. He said he wanted me to have sex with him first. I tried to bribe him. "Please walk me home, then I'll sleep with you" He reluctantly did, groping and holding me the whole way. When we got the park nearest my house he said I'll leave you here unless you have sex with me. I tried to argue that we are only two blocks away but having cottoned on to my plan, he turned to walk away.

I said wait…. "I hope you're okay doing it without a condom" The words rang through my brain. No I wasn't okay with that! Why couldn't I speak?! This felt horrible! Why couldn't I push him off?!

Then, when he was finished, He left anyway. My hair was matted with sticks and grass. I walked home alone briskly, holding back tears. I had to sneak back in quietly - afraid to tell mum in case she thought it was my fault. I went straight to the shower and cried, washing myself. I laid wide awake for ages. Two years later I'm at a different doctor for my regular check up. "We better test you for STI's because you've had one before" I cried all the way home feeling like a "slut" They say that women who have been through sexual abuse are more likely to experience sexual assaults. As if we are suddenly a magnet for it. Maybe my past abuse was the reason I shut down…. Maybe it was the reason I attracted someone like him in the first place…. Last year I told my counselor for the first time. The memory was haunting me and I learned that when a memory haunts you like that, there's something in it that needs processing. 18 year old me needed to know it wasn't her fault. She needed to know her mum wouldn't blame her, that she didn't ask for it and could never have deserved it. She needed to know she is safe. That she can breathe now and that things will get better. She needed to know she is truly loved and lovable, and that there will be a man for her that treats her right, and she deserves that. She deserves to be held with love and sensitivity not used and abused like a play toy.

She is so much more.

And it is comforting to know that when uncomfortable memories come into our awareness, they are coming to say goodbye. The discomfort will hang around until we acknowledge it.Once we honour it for what it is, we can let it go with grace.

Affirmation: I now release stored pain from my body and allow it to move through me. It is okay to cry. I accept all that is and all that has been, and use my knowledge from the past to craft a wonderful future. I am worthy. 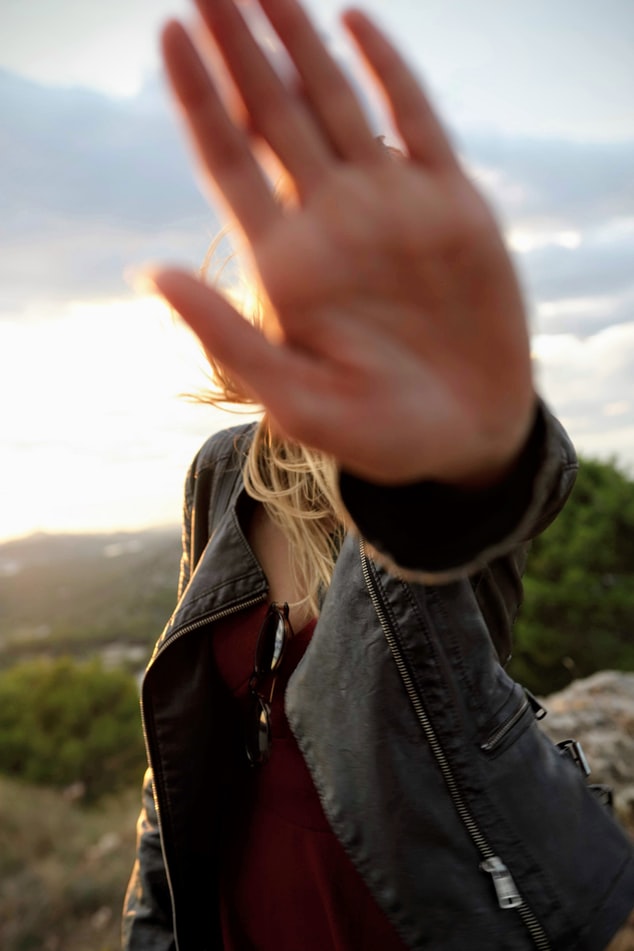 You are right where you are supposed to be

Why I created a podcast and what it even is

“You’re ugly, you should go kill yourself”

Is Life Coaching For Me?

The naivety in all of us